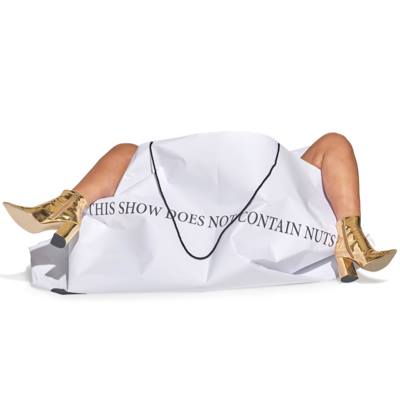 Friends of Rupert House in collaboration with Noelle Productions present, in support of the Kenton Theatre and for one performance only This Show does not contain Nuts.
Audiences will be spoilt with fabulous stand-up sets, from some of the UK’s top female comediennes, plus an interactive chat with the comediennes themselves where you get to choose the topic of discussion, creating a setting for some serious belly laughs. All opened in a unique fashion by host Maddi Sharkey who makes the warm up almost instantaneous.
The Acts include Gabby Killick, whose show (Girlfriend from Hell) took the UK by storm pre-lockdown and has since become a viral sensation.
Sarah Keyworth supported her own tour for the last few years, playing at the Fringe and all over the UK. She is now found hosting the BBC’s “You’ll do” podcast.
Tania Edwards is an award-winning stand-up comedian and writer. She is a member of The Cutting Edge Team at The Comedy Store and Mock The Week.
The show was the brainchild of producer and host Maddi Sharkey “Creating a platform for female comedians to shine”.
Many thanks from The Kenton Theatre to the presenters and artists for their support
£10 Ticket Link – https://kentontheatre.co.uk/event/this-show-does-not-contain-nuts-2/?fbclid=IwAR3bw_ffs0YsJBSsRkAK6PR08GIgrTxN267gpIayfxwR_AzAmeTmfCmveJY