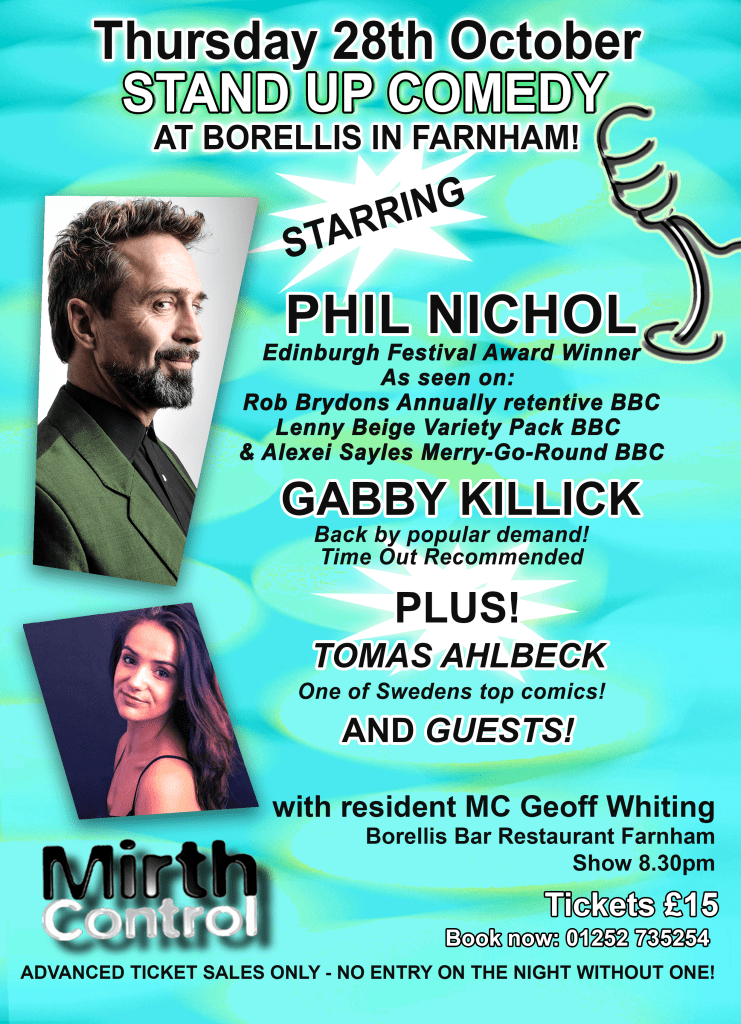 Borelli’s has been hosting Farnham’s most established Comedy Club now for twenty years, working with Geoff Whiting to bring top UK comedians locally to Farnham, some now hugely successful on TV and bringing thousands to their own stage including the O2 and the Apollo.