No Fruit At The Bottom 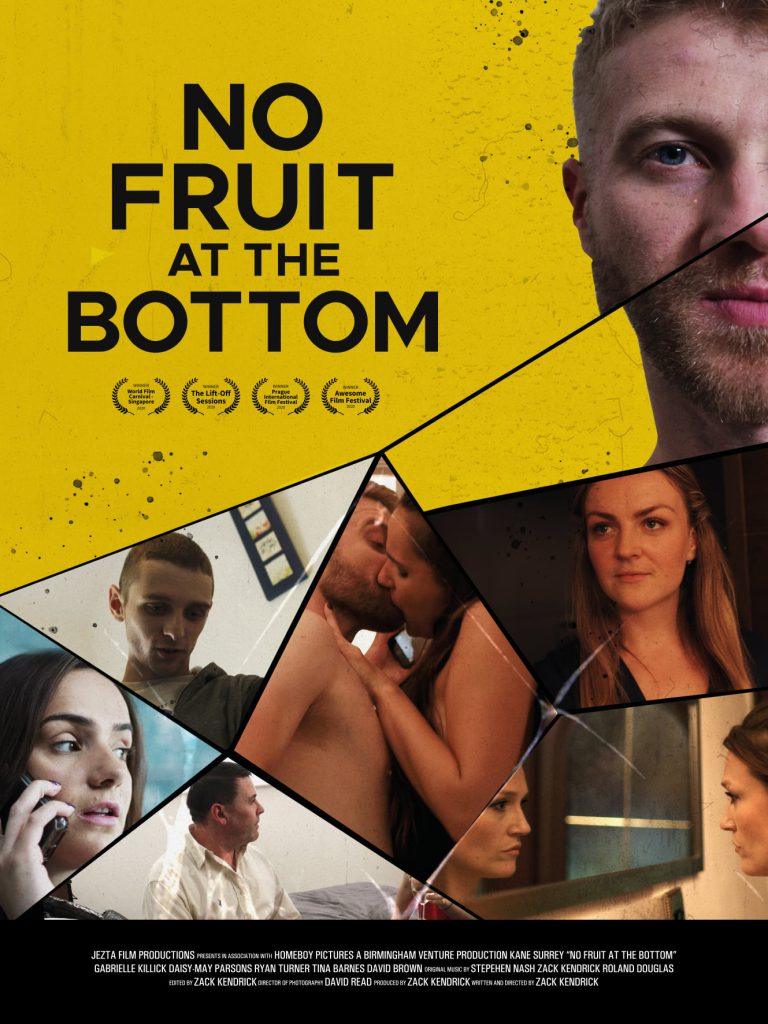 No Fruit at the Bottom’ is a tragic lothario story where the main character ‘Ashley’ breaks the fourth wall and talks directly to us, the audience. A loose homage to the Michael Caine movie ‘Alfie,’ but instead of a loveable misguided rogue who is quick to throw out only the odd quip and cheeky smile, we have a protagonist who is a much more damaged individual willing to reveal his inner philosophy. He is a social chameleon and every boy and girls nightmare; manipulative, toxic, intelligent, analytical and without conscience. Looking to hurt anyone who blindly drifts into his orbit.

Suffering a childhood trauma, he wants everyone to hurt as he does and we find ourselves privy to his undiluted thoughts and intentions in this in-depth look into a man who clearly enjoys his time ‘holding court’. His inability to escape his traumatic past, and so change the self destructive path he is on, he instead glories in condensing everything down to sterile sermons that are designed to even damage you, the audience.

Ashley is eight years old when his mother leaves. A life of domesticity is not for her anymore. His father struggles to cope as a single parent and is near suicidal so enlists a pair of teenage babysitters to help alleviate the pressure. But those babysitters bully and abuse Ashley and Ashley bears that abuse in order to protect his fragile father. The only family he has left.

A now twenty-seven year old Ashley has been dating Karen a month. Karen’s sister, Sophie, is in a volatile relationship with an insecure and possessive Danny. Ashley throws down the challenge that he can and will replace Karen with Sophie and that Sophie will willingly dump Danny and deceive her sister Karen. He achieves his aims but changes his mind and decides to stick with Karen. Ashley knows Sophie would never accept the reversal so puts in motion a plan to get what he wants.