A one-woman show, written and performed by a Birmingham City University student, hits the stage at the Edinburgh Festival Fringe today (Saturday). 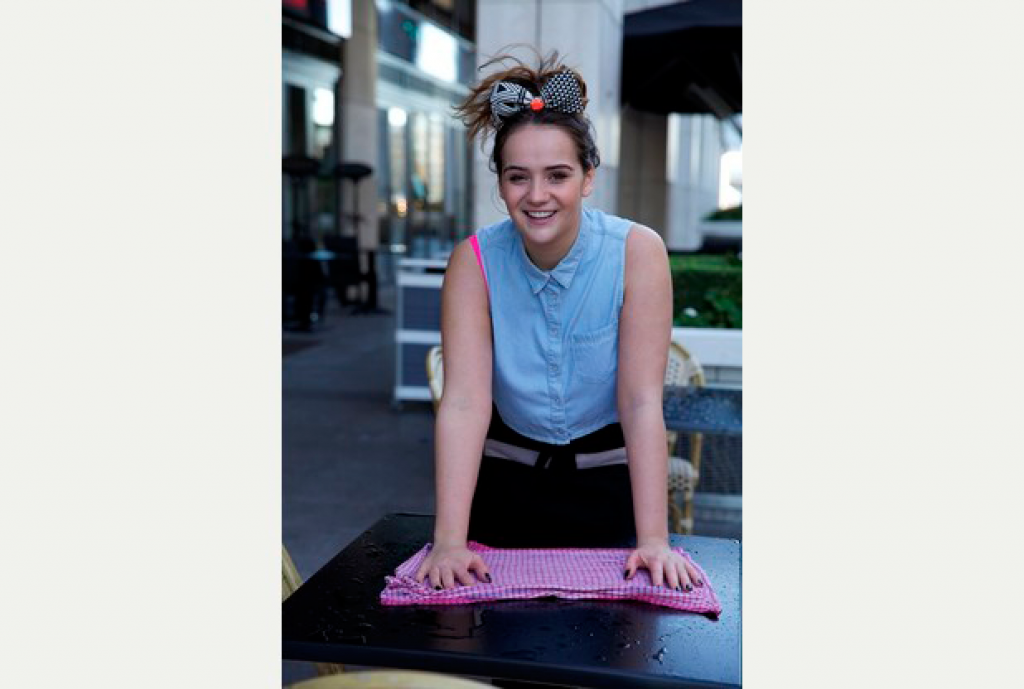 Gabriele Killick, a second year student within the Birmingham School of Acting, will be performing her own stand up show, ‘May I Take Your Order’ – is a bitter-sweet comedy centring on the lives of three comic creations.

And for 20 year-old Gabrielle, who came up with the idea for the characters while ‘InterRailing’ around Europe last year, appearing at the renowned festival is something of a dream.

“This is such an amazing adventure for me,” she said. “I’ve never been here before but the colours and the atmosphere; everyone is so friendly and to be performing here as well is amazing.”

The show lifts the lid on the life on three comic characters – an impoverished student actress struggling to live the dream, a despairing Welsh mother and her Liverpudlian, man-eating best friend.

Gabrielle admits she has drawn inspiration from her life to conjure up the characters.

“Gabby, the actress is inspired by my time at BSA. The mum character is just from every mom I’ve met in my life, and touches on worrying about their children, while Jody comes from observing people when we’re out at parties.

“I got the idea when travelling and showed them to a few people. It’s been so much fun over the past year writing it and rehearsing. I did the debut show in Windsor and it went down really well. Getting such a positive response when it’s all your own work is very exciting.

“Ever since starting at Birmingham School of Acting, part of Birmingham City University, it’s been my ambition to take my own show to the Edinburgh Festival Fringe.

“It’s terrifying being up there on the stage on your own but everyone here is so supportive – it’s scary but it’s good scary.”

The Edinburgh Festival Fringe is the largest arts festival in the world and takes place every August for three weeks in Edinburgh.