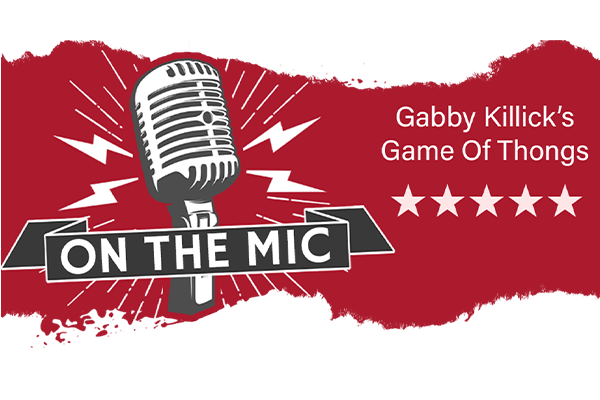 “Performers have endured a couple of years of hell. Over the pandemic, thousands of shows were cancelled, and not enough funding was given. At one point, the British government put out a campaign, telling performers that we should all pack it in and retrain. But luckily for you guys, I didn’t listen!”

First impressions of Gabby Killick are that she’s a big-hearted, likeable performer. She warms up the audience with the usual “where are you from” and “how long have you been together” shtick, and people are more than happy to participate. No fear from the front row here. Killick is just like one of your palls, I bet she’s an absolute hoot to go for a few beers with.

But follow it she did. Between routines and musical numbers, Killick’s phone conversations with her fictional agent provide the through story. Apparently, the comedian doesn’t have enough of an online presence. Can Killick gain sufficient followers to succeed? She’s had one massive viral hit, but can she build on it?

What follows is a brutally honest, intelligent and very funny show. Cancel culture, drugs, #MeToo, it’s all here. This is no TED Talk, Killick frequently camouflages her more insightful material inside some of the filthiest jokes you’ll hear at the Fringe. And there’s nothing wrong with that.

There’s a great deal of comedy in Edinburgh, with its routes in Oxbridge, desperate to be Woke. Gabby Killick provides an antidote to all of it. I can’t recommend this show enough.